My trip to the movies with Fyodor Dostoyevsky

On first approaching Fyodor about this project, I had scant hope that he would be inclined to attend to what amounted to little more than my wild fantasy. To begin with, he was unfamiliar with Ayn Rand’s works. This should come as no surprise, since it has been some time since he had been a regular at those soireés where one might have occasion to witness a Randian Ideal brandished in defense of the swipes and jabs of some leprous humanitarian, the likes of whom can be counted on to impose herself on better company, no matter how carefully the guest list is managed. 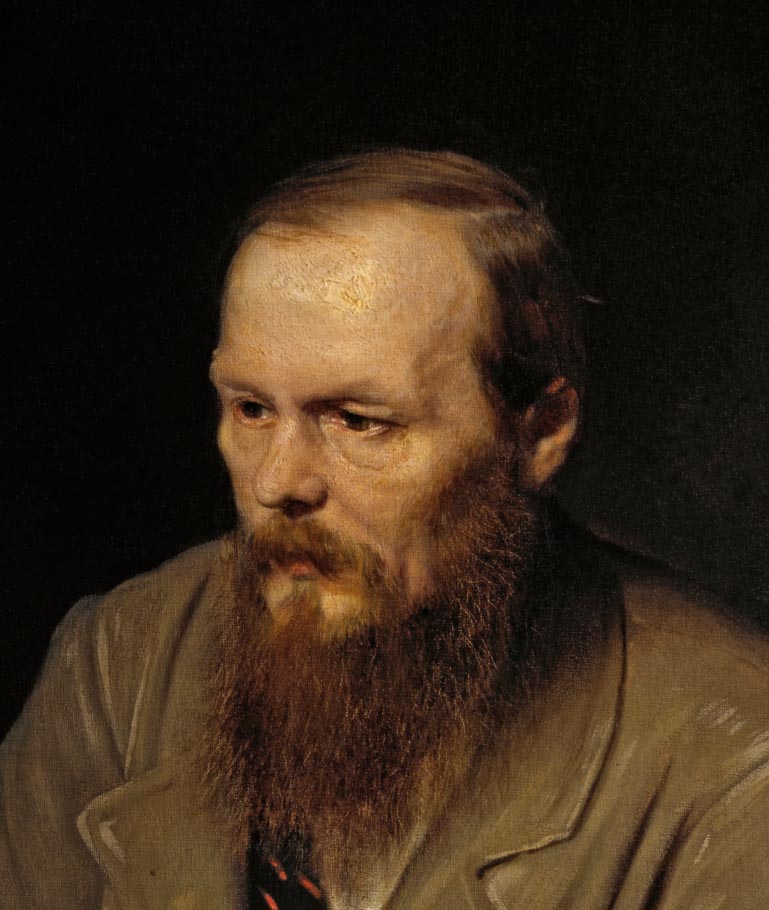 Nonetheless, he was considerate, and took the time to hear me out. He had, as he related, time on his hands.

At first he was incredulous, but then, as he read Ayn for himself, a sort of appreciation seemed to grow, and at times he became downright excited; agitated even. Through the months of our collaboration, we met in Stockholm and sometimes in Dallas, and we talked into the night, often ending in a quarrel. He would break off and swear that he was through with me and my ‘damnedable project’, (as he called it), but I suspected his affection was actually growing. Each time he returned and began by urging me to desist and insisting that his participation should remain anonymous in any case. Gradually, it became evident that he was hooked.

The turning point came one night after we went to see the movie, Atlas Shrugged, Part I. It was an upscale place, where they serve dinner and drinks in the theater. As the final credits scrolled, he sat in silence, nursing his whiskey.

I took his silence as reverence matching mine. At last he exclaimed, softly, as if to no one: “She is the wormwood.”

More than a bit surprised, but not wanting to reveal that I had no idea what he was talking about, I repeated, putting on an informed, inquisitive aspect: “Wormwood?”

“The Third Angel … it is her.” The ice cubes tinkled as he swirled his liquor.

I had always revered Ayn, but I had never thought of her as among the Angels. “Which angel?” I inquired, as if it were a dispute over the proper angelic designation.

He had gone off on a jag like this before, and I knew there was no stopping him. He stood. His voice let loose like thunder: “And when he had opened the seventh seal, there was silence in heaven about the space of half an hour!” I’m sure you know the rest.

The remaining customers made for the door and the girl cleaning up the dinner trays stopped to call for backup on her walkie-talkie. Fyodor bellowed on, from the fire cast down from heaven to the catastrophe of the Wormwood Star. A security guard stumbled down the aisle with one hand on his Taser, but owning that he was a Seventh-Day Adventist, he ended up rather as a backup for Fyodor. With authority clearly on his side, Fyodor ordered another round.

The security guard disputed, insisting that the Wormwood Star was Atilla, leader of the Huns, and this just fanned Fyodor’s little grass-fire into the forest.

“Yes, yes!” he exclaimed. “The Huns left us very put out, but the Wormwood Star … No! You cannot go so far!” The Adventist produced the Wormwood Wikipedia page on his phone and began citing sources in defense of the Atilla theory. Fyodor would have none of it. The situation grew tense.

The clean-up girl returned with the drinks and the manager in tow, clearly intent on dousing the conflagration. The manager sized up the situation and broke in, interrupting Fyodor mid sentence, (something I’d never succeeded in doing).

“Chernobyl! It is Chernobyl, the Wormwood Star!” he burst in. With this, the clean-up girl threw in the towel. One fist to his breast, his right arm fully extended, he proclaimed “a great star from heaven, burning as it were a lamp, and it fell upon the third part of the rivers, and upon the fountains of waters;” Doubling down on the dramatic, he continued:

“Chernobyl! It is Chernobyl, the Wormwood Star!”

“And the name of the star is called Wormwood: and the third part of the waters became wormwood; and many men died of the waters, because they were made bitter.”

He finished and for a moment there was only the sound of clinking ice cubes. Fyodor sipped, as if nothing had happened. The manager answered this pregnant moment with a single word for emphasis: “Chernobyl”. Clearly he felt he had overcome all opposition.

The security guard was frenetically poking his smart-phone, searching for sources that might bolster his Atilla theory, while the clean-up girl looked on hopefully from a distance.

Fyodor began speaking slowly, directly, emphatically, admonishing the manager: “You imagine the waters were a fountain or stream?” There was an uncomfortable silence. The manager shuffled his feet as Fyodor pressed his point: “A mighty unstoppable river, perhaps?”

More silence. I knew Fyodor well enough by now to see that the dam was crumbling; that the torrent was about to break. The security guard and manager stood before the impending danger as deer in a spotlight. The clean up girl, already at a distance, took a step back, instinctively taking shelter behind a door frame.

“When Moses struck the rock, was it suddenly a gurgling stream that appeared?” The manager smiled weakly, suspecting that it might be a trick question, while the Seventh Dayer glanced nervously toward the exit.

“Or was it the very Word of God that issued forth?” He prodded their reticence, interjecting: “Eh?”

Fyodor then burned off Psalm 114, and preceded to feed the flames, throwing on Ezekiel 36:25, Hebrews 10:22, Isaiah 55:1, Jeremiah 2:13 and finally, towering over his little congregation, belted out John 14:4. I had no idea. The manager and the Adventist looked like little scorched shrubs. 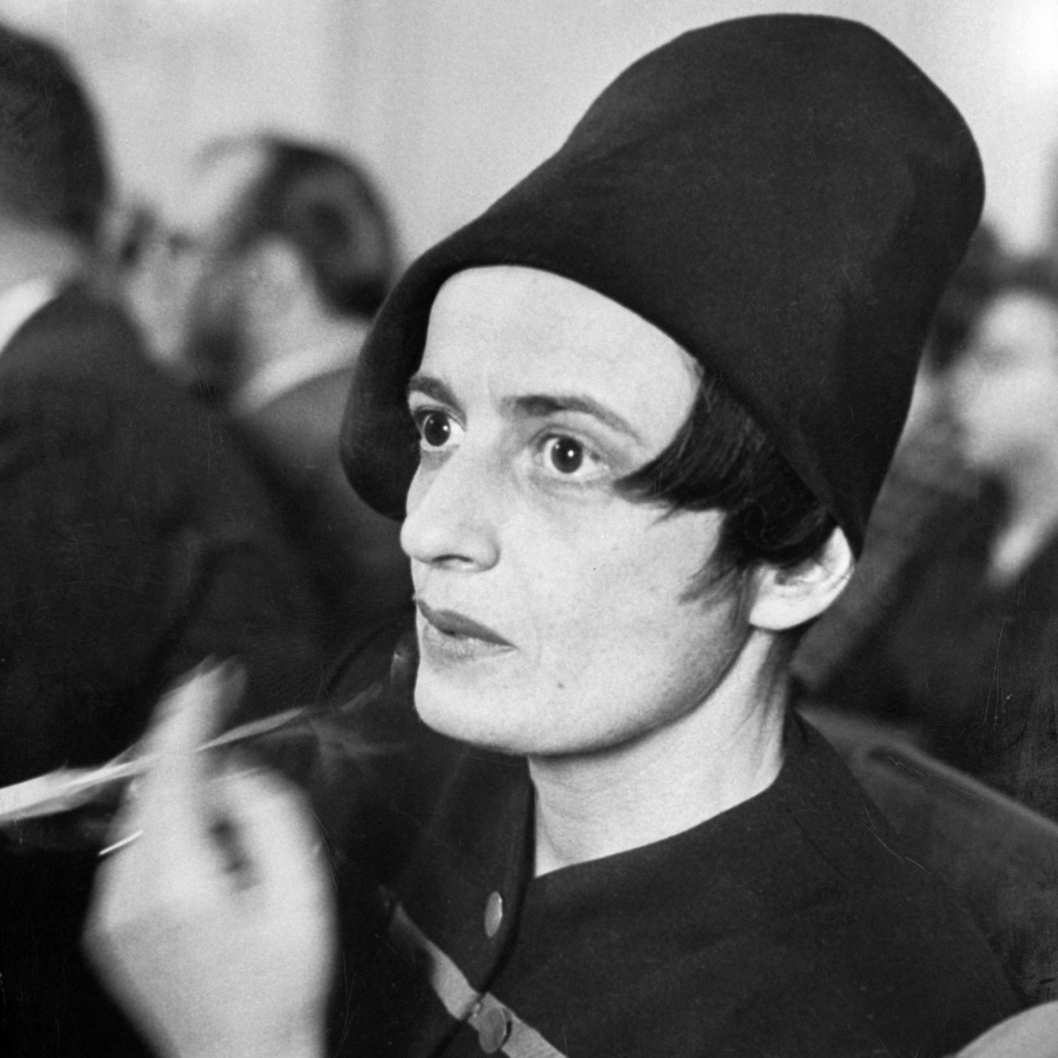 Fyodor sat down in perfect tranquility and took up his drink. He sipped. Then he said softly, as if to children: “No. The water is the Word; the one who made the thoughts of men bitter, the Wormwood.”

I was indignant. “You can’t be speaking of the producers! The creators! Without them there would be no events!”

Can you believe he called me naïve?